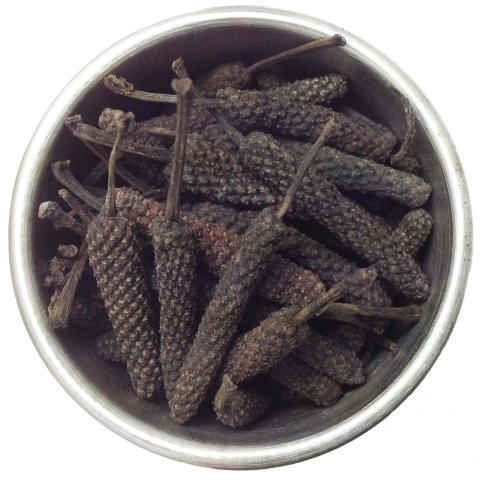 Long pepper is a flowering vine of the family Piperaceae. It is an extravagant and relatively rare spice that grows in Indonesia, Bali and India. Like black pepper, the long pepper is dried then used as a spice. It has a taste similar to black pepper but is much hotter and sweeter. It consists of many small peppery fruits about the size of a poppy seed each around a central flower spike.

It is mostly used in Indian and Malaysian cuisine and also found in North African and Nepalese food. Before chilli was introduced to European cuisine, the long pepper was among the spiciest of the spices available. It is believed to be an aphrodisiac and useful in treating depression.

Also if you want special lemon pepper uses for lemon, pepper, and orange for a special take on the traditional seasoning, Check our best Selling Special Lemon Pepper Seasoning.